An update on life, death, babies and boyfriends.

It’s been so long and I have so much to update you on, I will try to keep this in some type of format and not make it too boring!

Last month I wrote about how the hormone treatment for my dads prostate/bone cancer was no longer working, and that he needed chemotherapy. He started the chemo, and seems to be well in himself, although his hair has fallen out. I am trying not to think about what is going to come in time, the fact that he will die (this cancer cannot be recovered from, only slowed down), that my mum will be left on her own, that he will be gone. I can deal with most of this on a daily basis, but it is still a shock to me each time I see him that he has no hair. He told my mum he thinks I don’t care because I have spent less time with him. I know I need to be less selfish but I find myself unable to think of things to say, looking awkward and uncomfortable. As a result, I DO spend less time there. I think it is one of the residual issues from my borderline – my inability to communicate with my parents effectively.

My great aunt Thelma (see my last post about visiting her in the home) died in late November. We had a call from the home to say that she was refusing solid food, and that she was deteriorating quickly. Her son booked a flight from Calgary to come and visit her, and myself and my parents made an arrangement to go and see her that night. I have never been good dealing with my emotions in front of my parents (anyone else seems to be fine, but with my parents I find it soooo hard to be myself). We went in separate cars (I wanted to be able to be upset on my own if I was going to be). The saddest thing for me, was that my dad could only spend a couple of minutes there due to his chemotherapy and being open to infection. She was lying there, and for the first time I noticed was frail and skeletal she was. She was dosed up on morphine and barely concious. I tried to hold back the tears whilst my parents were there but it was really hard, my throat was aching. Watching my Dad say goodbye was awful, knowing he couldn’t stay for long. My mum was crying and I tried not to look at her. I wished I could have been stronger in front of them, perhaps there for them, but I guess I am too weak. They left, and I said I wanted to stay a little longer. I pulled my chair up next to her bed, stroked her face and hand and gently talked to her. I told her I loved her, I told her I was now happy and healthy (god knows she had seen me through some very unhappy and unhealthy times). I told her James and I planned to marry (and I am glad James got to meet her). She smiled and me and nodded. I told her again that I loved her so much, and I said goodbye. Walking away, I felt broken, but I also know I had said goodbye, and that would be the last time I saw her alive. The next morning, she died. The funeral was nice, but very hard. James supported me. My mum actually hugged me, which is a real first for her. I am glad we came together a little more but I still seem to find the whole thing awkward and uncomfortable.

I got back on the scales after putting it off and I had gone back up to 11 stone 13lbs. I have been feeling very bad about myself, finding it hard to look in the mirror and generally feeling bad about my weight gain. Despite this, I have found it hard to have the motivation to do anything about it. This week, I have started running again. It is SO hard! I don’t remember it being this bad! To start I honestly could only run about 0.5 of a mile before having to stop again! After a week of running, I have now managed to get to just over 1 mile, and I have lost 3lbs. It’s going to be slow progress but I want to work at it. I have also been working quite hard at pole and can do some new moves such as, the embrace: 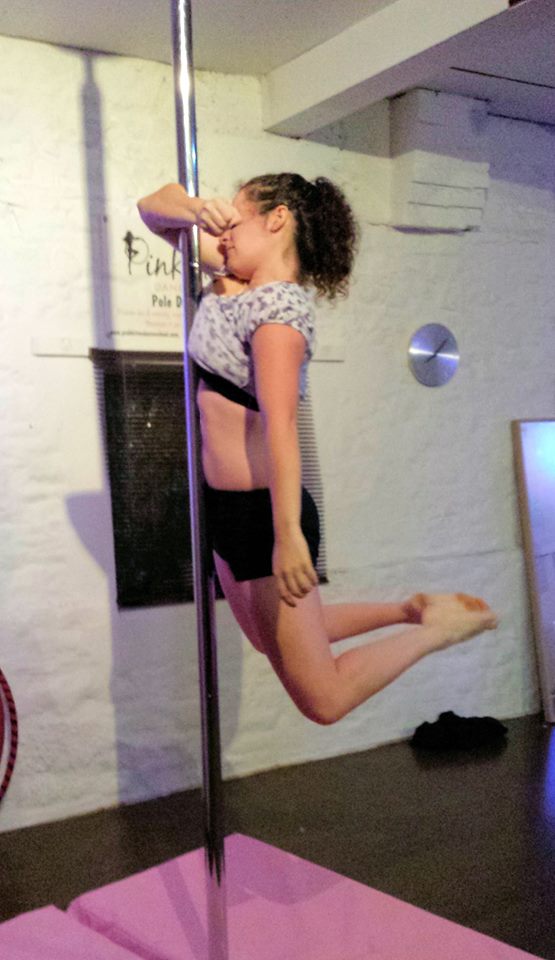 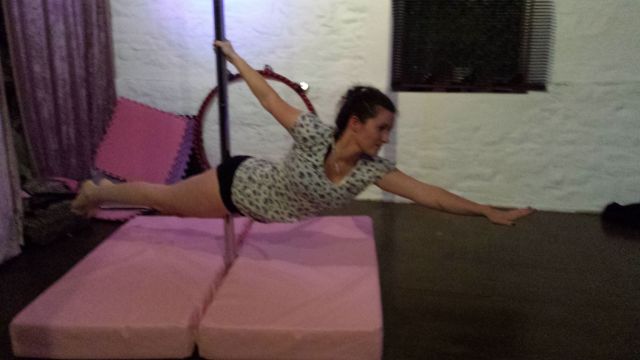 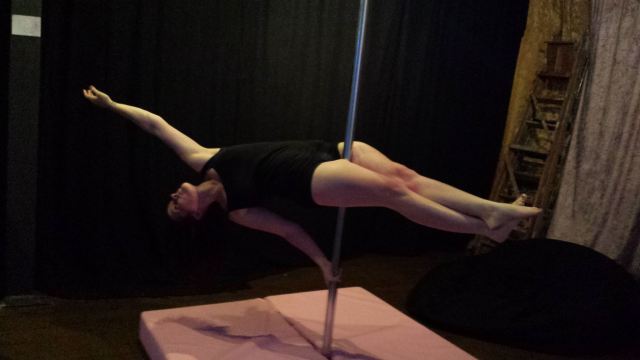 I’ve even progressed on to doubles moves :)… double plank……. 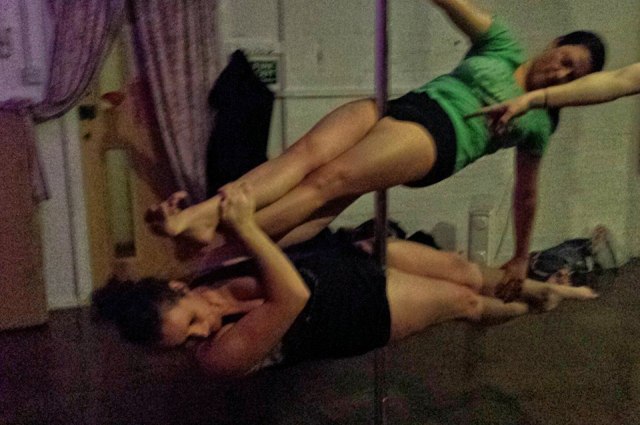 And done a little aerial hammock (this is the coffin) 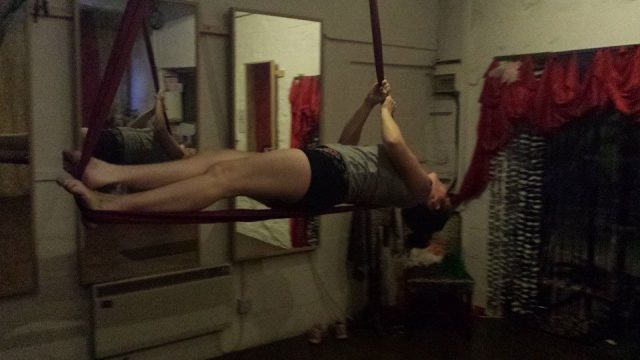 I know that I am not an obese person but there are parts of me (stomach and thighs) that I see as fat and want to change.

So James and I have been talking and have decided to start trying for a baby in April. There are so many things I want to say about this… I am so excited, nervous, anxious and happy all at once. I so desperately want the chance to be a mother, a good mother, but I am so scared that my borderline traits will still be there and make me be a bad mother. I have come off the pill, and we are going to use condoms (yuk, I know) until April. I have been on tablets of one form or another since I was 16 and I want to give my body a break. I also want to give it a chance to get back into cycling normally as I have PCOS and it IS a concern that I am not ovulating regularly. My periods (off the pill) are pretty regular so I hope that is a good sign. I am having a progesterone test on the 28th of this month so I hope that will show that I am ovulating – so watch this space.

Things on the whole are good with James. We have our moments, when I feel he doesn’t understand me or I can’t seem to communicate with him. I guess that all people have these issues and the important thing is to keep working at it, which we are doing. I have mentioned before my ‘six month cut off point’ where I seem to wake up six months into a relationship and not love the person any more – but we are nearly 10 months into this relationship now and I’m glad to say I still love him, very much. I still struggle a little with my emotions in that if James annoys me, suddenly I don’t love him, I HATE HIM WITH A VENGEANCE. I know this is a Borderline thing though and so I don’t act upon it. I let it simmer down and go away.

I have never worked so hard at a relationship and that shows me how much I want it to work. So watch this space 🙂

I am still off all medication and on a day to day basis, I am stable. I still have no self harm/suicide urges – and I was well and truly expecting him through the period of Thelma’s death/my dad’s illness being announced. I have been ‘recovered’ from Borderline for several months now and it feels GOOD. My scars are slowly improving, although I still feel they are noticeable, people don’t seem to notice them – which is a great improvement. On the whole, things have been rough, but are getting better. How are you guys? Are you looking forward to christmas? How are things in your lives? Leave me a comment as I would love to catch up with you all! xxx