I love that acronym. Even with the many acronyms DBT has introduced me to (DEARMAN, FAST, GIVE) I still love the one FINE. Probably because I can say it without anyone else knowing what I actually mean.

To be fair, I am actually fine right now, but there are a few niggling issues that I wish I could get sorted. I am now almost back to 100% health after the 3-4 weeks of hell I went through withdrawing from Escitalopram (Cipralex). The only residual problem, which I am assuming happened because I was run down, is that I have a nasty case of thrush. Well, I hope it’s thrush. I went to the doctor thinking it was cystitis as it hurt to pee, but now it is itchy too, with pain in my lower back. I was slightly worried when the doctor suggested I have a test for Chlamydia and Gonorrhoea – the only people that could have given it to me were Simon (although the last time we slept together was in Iceland and we used condoms every single time) and James – and I don’t think that’s very likely. We will see – I have to wait for the swabs to come back. In the meantime, they gave me a Fluconazole Tablet (48 Hours ago) so I am hoping that works soon. I miss sex! I think part of me still thinks of sex as a way of proving that James loves me, and fancies me. Given we haven’t HAD much sex over the past month because a) I was so ill, b) I had my withdrawal bleed on the pill and c) I now have this ‘thing’ going on, I suppose it is no surprise I am starting to feel a little insecure.

James has a friend called Chloe who lives locally, and is currently off sick (he knows her from work). James works shift work so has several days off at a time, and so during that time he spends a lot of time with Chloe. Chloe is two years younger than me, blonde, slim and pretty. She has her own boyfriend, and when I asked him about it in the very beginning, he said he thought of her as a sister and nothing would ever/had ever happened between them. I do believe him completely – I don’t think that’s the issue – I guess I feel jealous that I am at work and he is having time off, spending it with another girl. Jealousy is a really ugly emotion and I didn’t want to say anything to James for fear of sounding possessive/controlling/like a bunny boiler. Or even worse, I didn’t want him to turn round and tell me he wouldn’t see her any more. I want him to have his own friends and a life away from me – and the last thing I want him to feel is guilty, or like he has to stay away from certain people because of what I say. 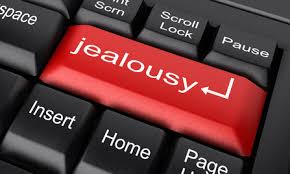 I mentioned it to him last night while we were sat in the pub. I mulled over whether or not I should say anything, and decided in the end it was probably best for me to get my feelings out in the open rather than chew on them. I told him I was feeling insecure, and I didn’t want him to change anything, but I was just trying to be honest and open with him, because that’s what I want our relationship to be like. I think he appreciated my honesty, but there is no real solution to this problem and I hope he doesn’t change anything in his relationship with Chloe because of it.

On the whole, most of my BPD symptoms are still under control. For at least three months now, I have had no urges to self harm or thoughts of suicide. Admittedly, when my relationship with James started it was very intense, but because I was aware of it, I kept it under control. Now it has simmered down and I do still feel deeply in love with him (YAY! No ‘switching off’ of emotion). I truly believe being more self aware has helped this process to happen. I still get impulsive thoughts, such as buying things, spending money (not drug taking/loose sex/drinking though) but I don’t act upon them as I understand I have responsibilities such as my mortgage. Having my own house has definitely helped in my recovery BUT that approach could have gone very wrong if I wasn’t mentally in the right place for it. I also think I don’t have the promiscuous/drink/drugs urges because I am in a happy, safe, healthy relationship and don’t want to do anything to jeopardise that. My emotions are also quite stable – no massive highs and lows and I am on NO MEDICATION apart from the pill. So pleased I have been able to get to this point, and I hope I can inspire at least someone to make that step to get well too.